“The country abounded with deer, bears, panthers, wolves, wildcats, catamounts, wild turkeys, foxes, rabbits, pheasants, partridges, wild bees, and in all the streams trout without number.  The whole face of the country was like a beautiful sheet of wallpaper, variegated with all shades of color.”  Forty –four Years of the Life of a Hunter, Meshach Browning

When thinking of great pioneer men, names like Davey Crockett and Daniel Boone easily spring to mind.  Equally important in the history of the American hunting and frontier experience is tale told by local legend Meshach Browning in Forty-four Years of the Life of a Hunter.  Writing by candlelight with a turkey quill pen, Browning recorded the daily trials and tribulations of his hard-scrabble existence in the wilds of Western Maryland.  During his hunting career he claims to have killed between three and four hundred bears, about fifty panthers, over two thousand deer and scores of wolves and wildcats.

His account reflects not only the determination of early settlers as they surmounted the difficulties of frontier life but also his great love for an area he called “the prettiest country in the world.”

Browning’s roots in the United States can be traced back to Captain John Browning, who arrived just fourteen years after the founding of the first permanent English settlement in the New World.  Meshach’s grandfather, William, and father, Joshua, served under George Washington’s command in the 1755 expedition against Fort Duquesne.  There they saw the defeat of General Edward Braddock.  Meshach Browning was born in Frederick County, MD in 1781.

END_OF_DOCUMENT_TOKEN_TO_BE_REPLACED

Garrett County’s cool summers, crisp mountain air and breathtaking scenery have lured visitors to the area for over 150 years.  Long before Deep Creek Lake or Wisp Resort were even a thought, the Baltimore and Ohio Railroad transported wealthy summer patrons out of the city heat to the grand hotels and elaborate summer cottages of Oakland, Deer Park, Loch Lynn and Mountain Lake Park.

During the post Civil War period, the B&O Railroad increased its passenger traffic by capitalizing on cool Garrett County summers.  In the days before air conditioning, it became quite fashionable escape to the mountains from the oppressive urban heat.  This expansion spawned a chain of posh hotels along the route west.  B&O built two new resort retreats on the mountain top during the 1870’s.  The first to be completed was the Deer Park Hotel, which opened for business on July 4th, 1873.  Featuring a golf course, a building for billiards and bowling, private rental cottages and a large glass-covered bath house containing two swimming pools as well as Turkish and Russian baths, it was quite a spectacle in rural Garrett County.  The Deer Park attracted many famous visitors over the years including General Ulysses S. Grant and President Grover Cleveland, who honeymooned at the resort.

The overwhelming success of the Deer Park inspired the construction of another hotel just a few years later.  Located along the tracks and across from the train Oakland train station, the Oakland Hotel featured a large ballroom, accommodations for over a hundred guests, and a large park of maple, oak and pine.  In 1883, Alexander Graham Bell took a “working vacation” at the Oakland hotel and oversaw the installation of Garrett County’s first telephone service.  A line connected the Oakland and Deer Park resorts which were about five miles apart.

END_OF_DOCUMENT_TOKEN_TO_BE_REPLACED 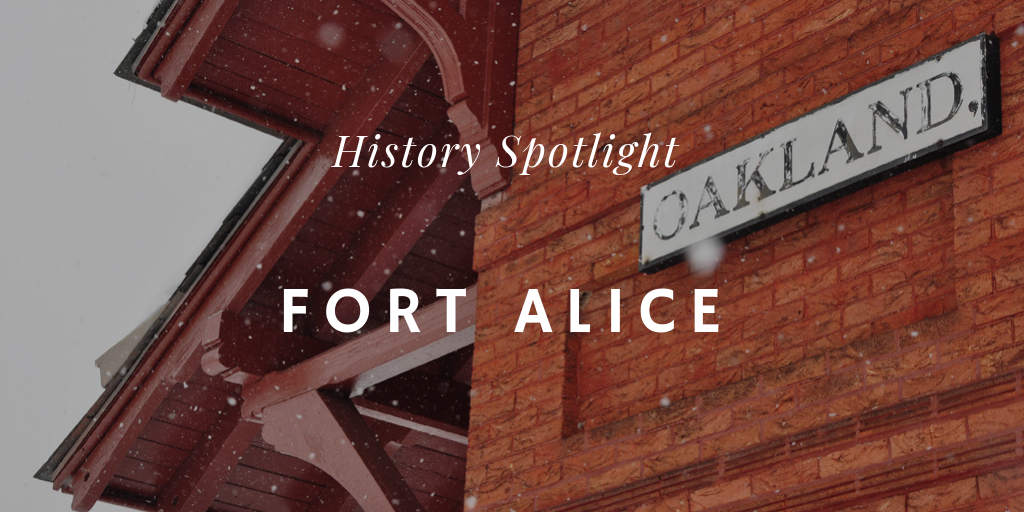 As the citizens scurried in the streets, seeking the safety of their homes, the Confederate soldiers took food from hotels and stores for themselves and for their animals.  Some ate dinner at private homes, as the impeccable manners of the Rebel soldiers were hard to refuse.  Also, some townsfolk were even reimbursed for their hospitality with Confederate currency. END_OF_DOCUMENT_TOKEN_TO_BE_REPLACED 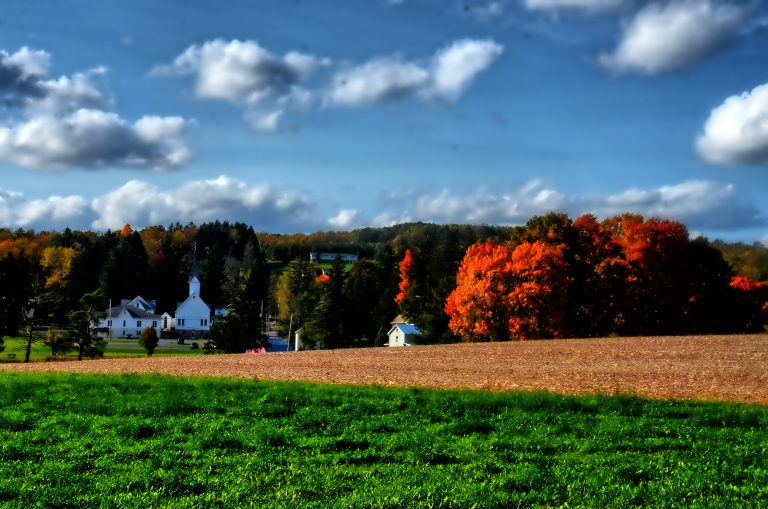 Back in 17774, the lands west of Fort Cumberland were opened for settlement. Lord Baltimore was the Proprietor of the Maryland Colony at that time. Many speculators hurried to travel to Western Maryland. They wanted to secure the best tracts of land. END_OF_DOCUMENT_TOKEN_TO_BE_REPLACED 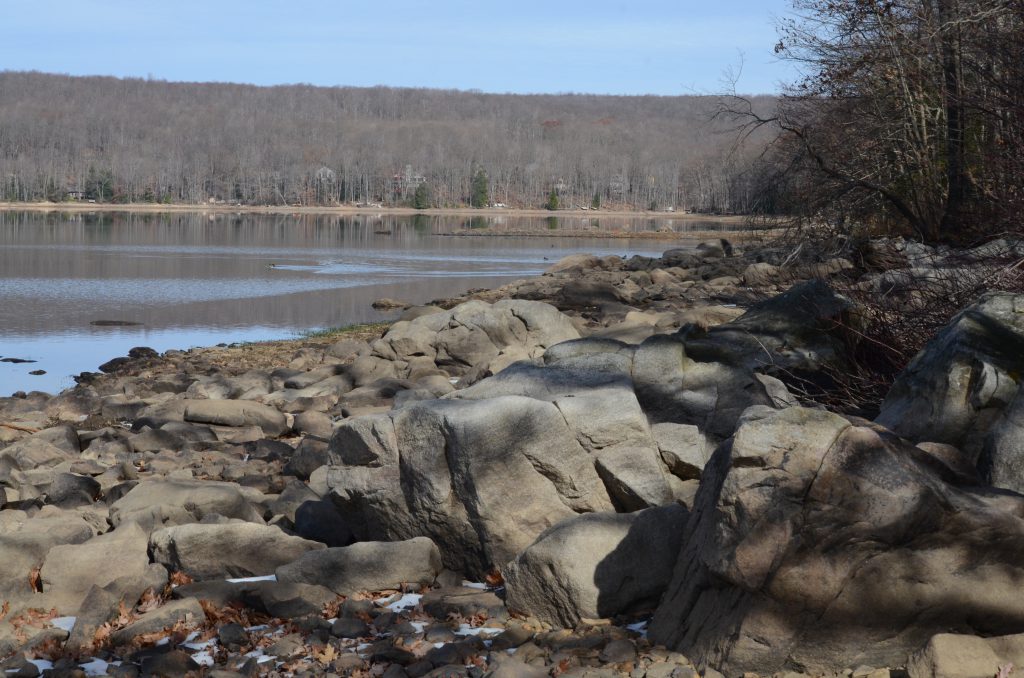 Curious about the low lake levels?  Here’s the scoop.  Construction is proceeding on the Western Conveyance Sewer System (Shingle Camp Road and Stockslager Road) and the installation of the sewer line near the breast of the dam works best at the lowest possible lake levels.  The power company has been cooperating with the sewer construction contractor to make releases to bring down the water level.  Those additional releases have enabled more whitewater fun on the Youghiogheny River.  Never fear, though, we have been assured that the “intake” for snowmaking water will be maintained.  It is now time to “THINK SNOW!” 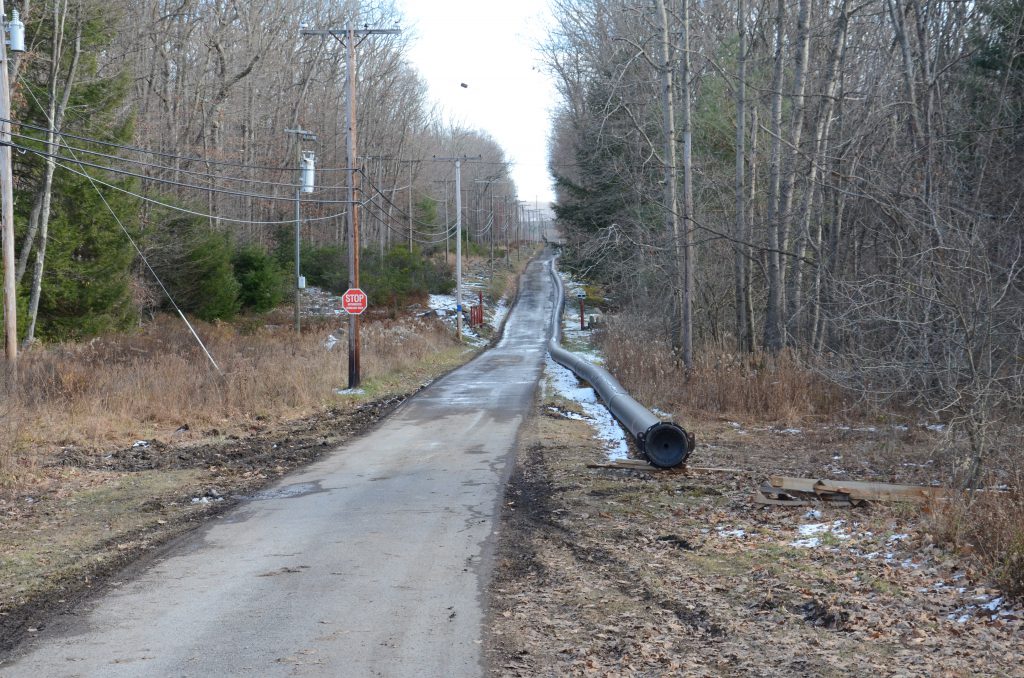 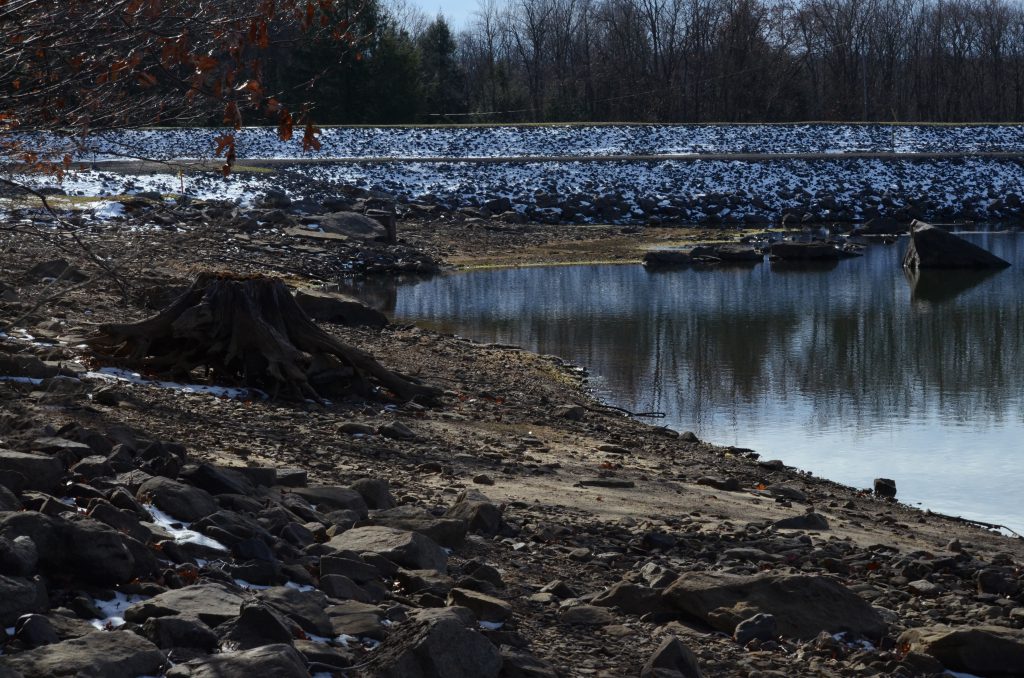 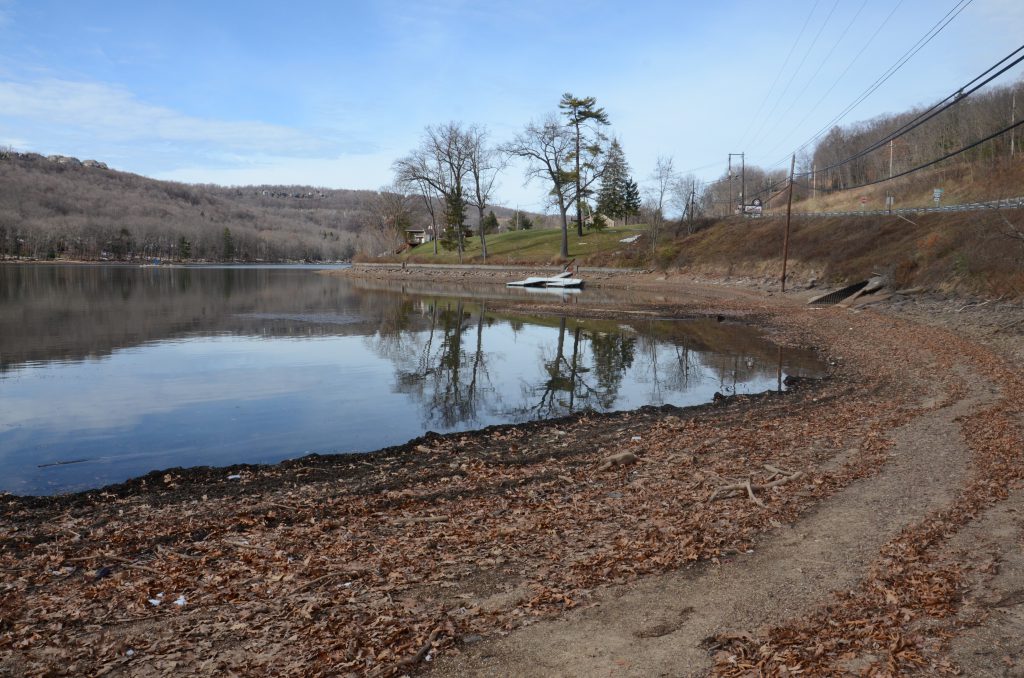 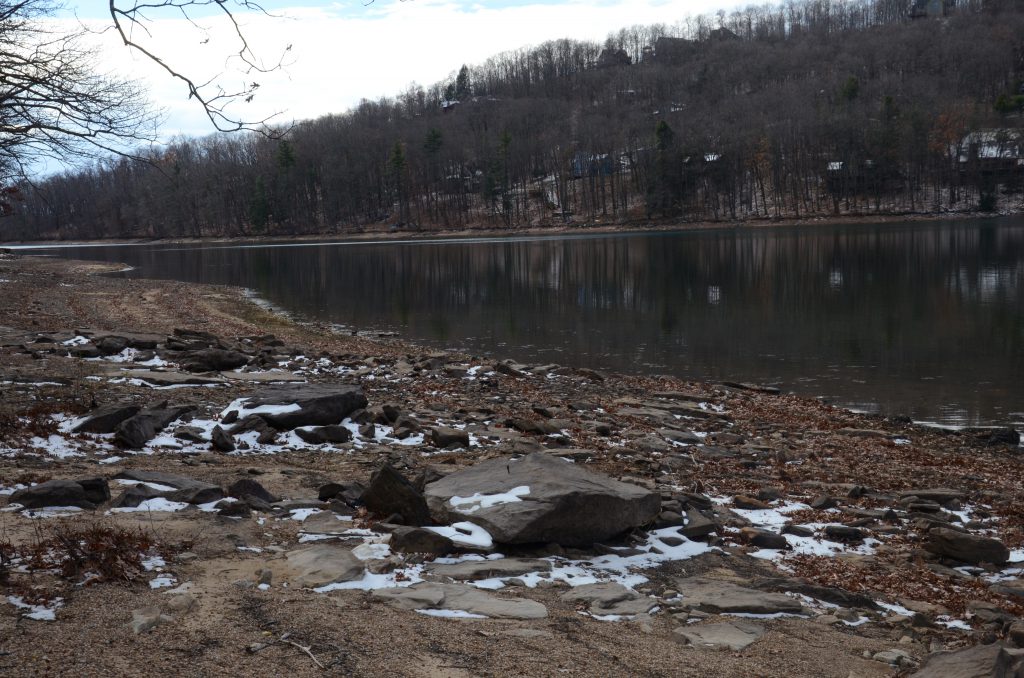 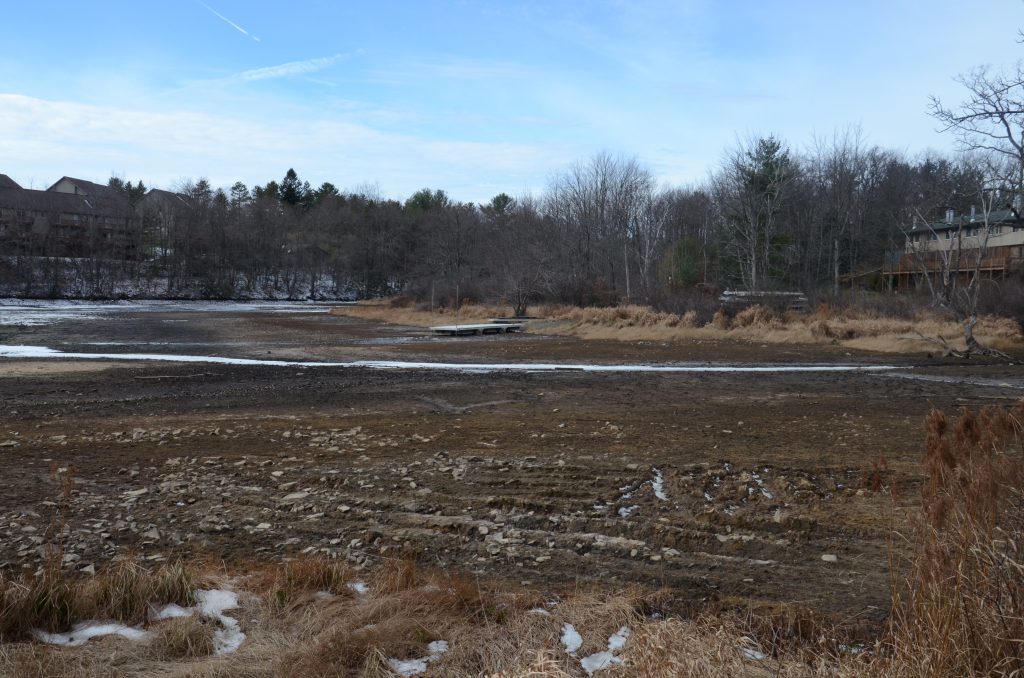 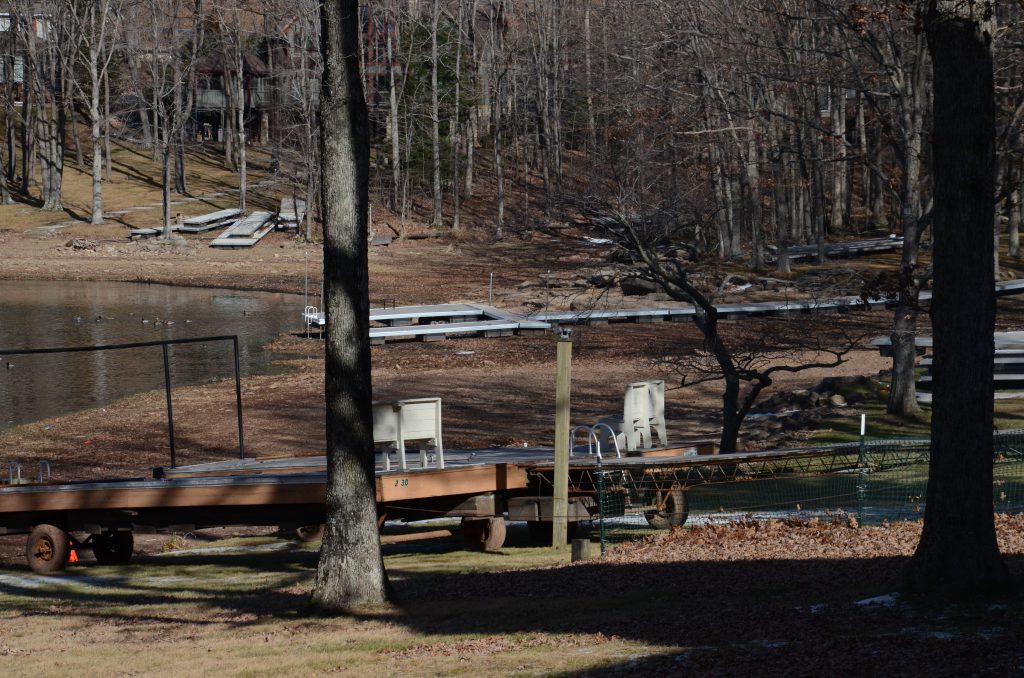 Deep Creek Lake Celebrates 91 Years. Deep Creek Lake is coming up on its 91st anniversary of existence!  Maryland’s largest freshwater lake is loved by many and has an interesting history.  Deep Creek Lake encompasses about 3900 acres with 65 miles of shoreline.  This man-made lake got its start in 1925 as the result of an effort undertaken by the Youghiogheny Hydro Electric Corporation to harness the power of the Youghiogheny River. A 1300-foot-long impoundment dam was constructed to stem the flow of water. Thousands upon thousands of trees were removed from the area to be flooded and 15 miles of primary and secondary roads were relocated. It was estimated that it would take close to 6 months to fill the new Reservoir but heavy rains and snowfall quickened the process to only a couple of months.

On May 26th 1925, the hydroelectric plant kicked in the service with water from the lake transported to a Powerhouse through a 7000-foot tunnel. A remarkable feat at the time. Although the lake was constructed originally to harness energy it has become Maryland’s favorite recreational lake for fishing, boating and plane ole relaxing. The lake is responsible for transforming the economy and quality of life here to all Garrett County residents and the many thousands of visitors and homeowners who call this place home. The lake is an economic engine for Garrett County spurring growth in the tourism industry and generating millions in property tax revenue. In the heat of summer, it is estimated that we see half a million visitors that enjoy the area. Through its many personalities of the past, Deep Creek Lake has evolved into a place where families create and retain lifetimes of memories. 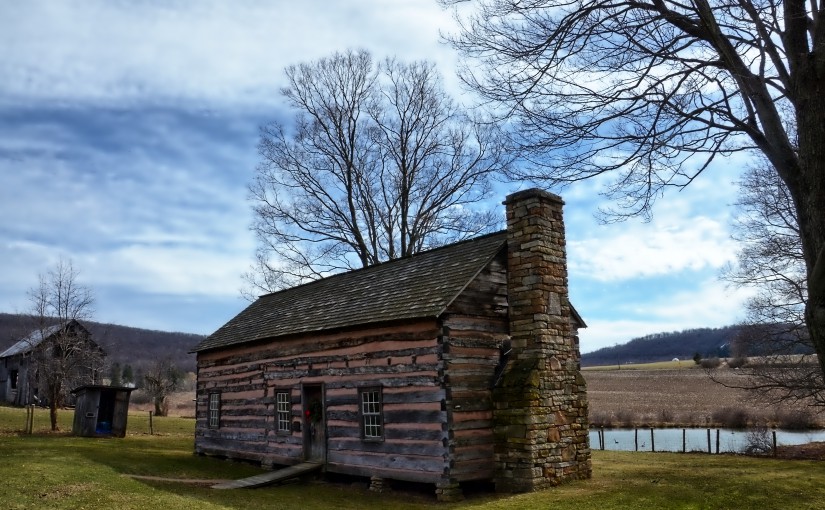 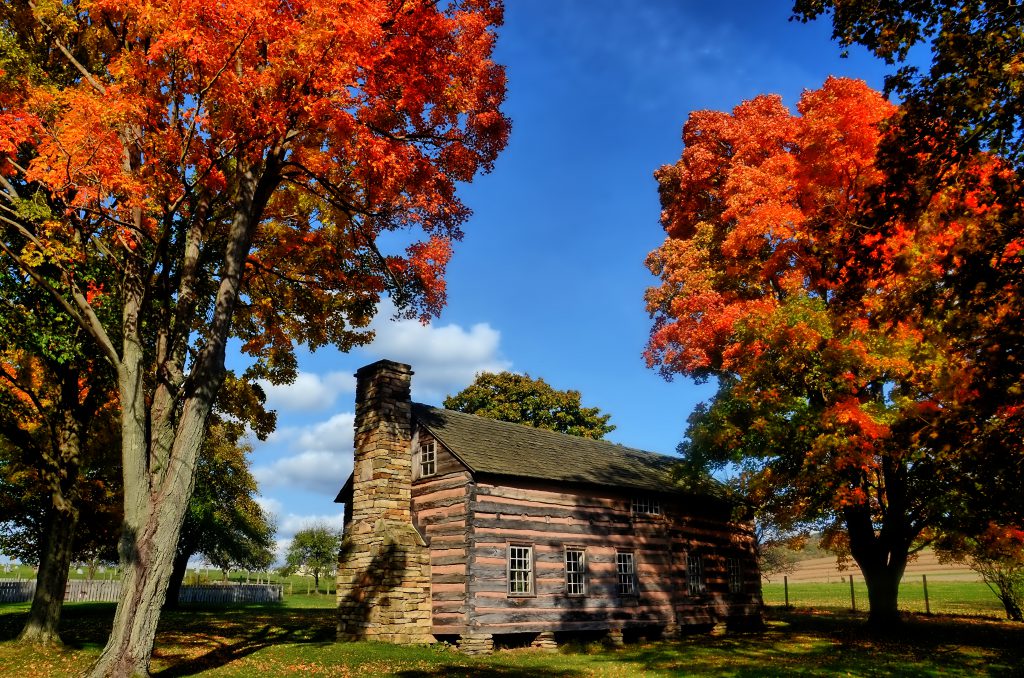 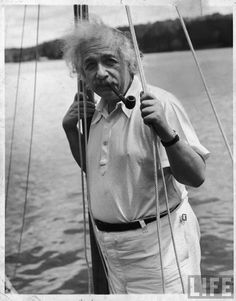 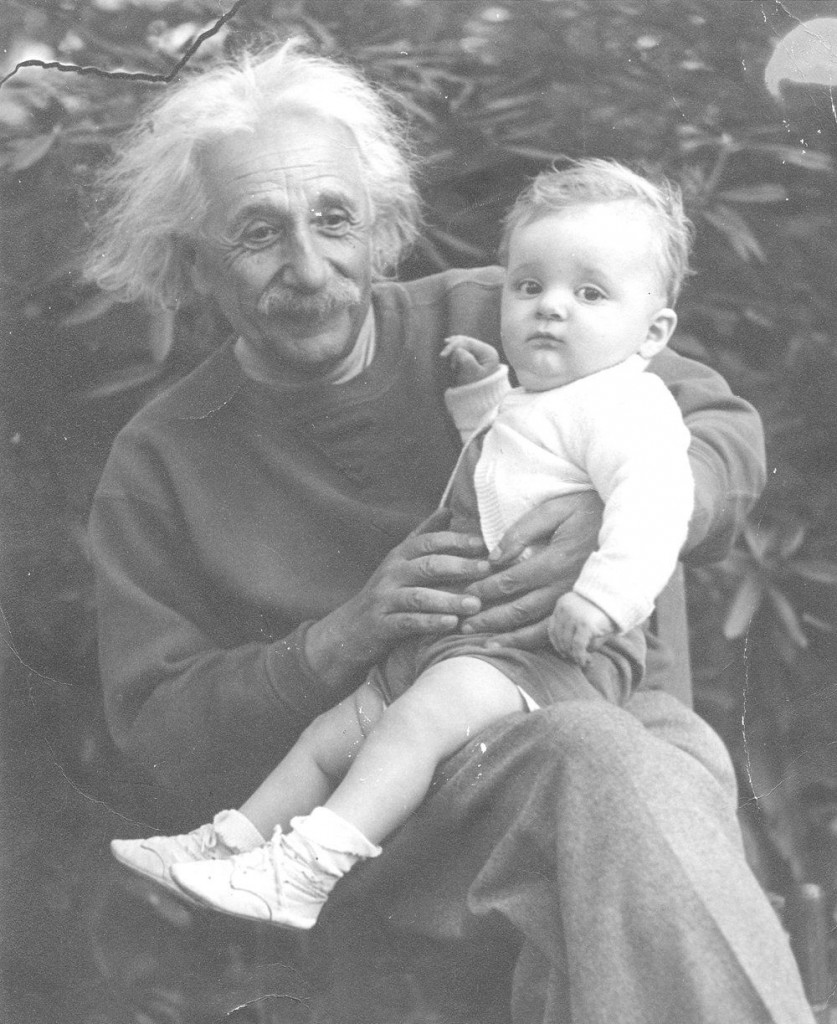 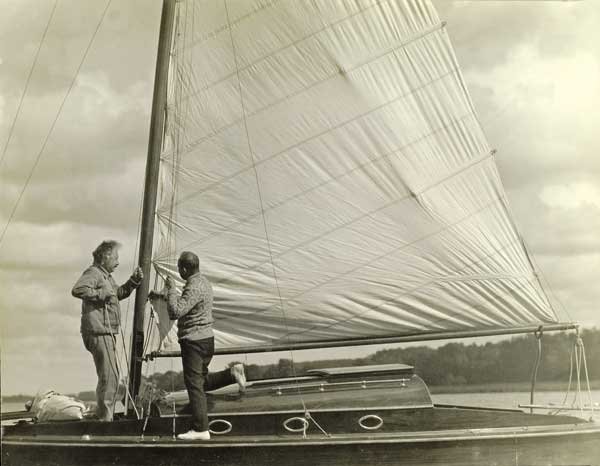 Casselman River Bridge State Park is a 4-acre parcel located east of Grantsville in Garrett County on U.S. Route 40. It is a popular area for fly fishermen, photographers, and history enthusiasts. When the 80-foot span was erected in 1813, it was the longest single span stone arch bridge in the United States. Skeptics predicted that the bridge would collapse once the supporting timbers were removed – yet the bridge stood, serving as an important link on the National Road from 1813 to 1933. Although the bridge no longer carries vehicular traffic, it is open to pedestrians.

Today the Casselman River Bridge stands as a picturesque relic of Maryland’s early transportation history, and a tribute to those who designed and built the National Road. To the east of the bridge is the “Spruce Forest Artisan Village.” The village’s historic buildings were moved from various locations in Western Maryland and restored on the site. They currently serve as studios for a variety of artists. Adjacent to Spruce Village are the Penn Alps restaurant and gift shop, a historic structure that dates to 1818, and Stanton’s Mill, a working grist mill originally established in 1797.

END_OF_DOCUMENT_TOKEN_TO_BE_REPLACED

Dr. James McHenry, Secretary of War during the administrations

of Presidents Washington and Adams, purchased

which is today known as Marsh Run Cove or McHenry

Cove. After James and his son William died, a nephew,

After the death of John and his wife, the land passed

through many hands but today we know the area as